Your cart is currently empty.

When we think of dance, our minds naturally drift to competitive dancers performing a group number for audiences, or prima ballerinas floating across a stage in their pointe shoes. We don’t usually dwell on early dance history, which was very different from what we’re used to today. Nonetheless, dance was very much a part of society, even as far back as prehistoric times. Let’s take a look at some of the roots of dance. 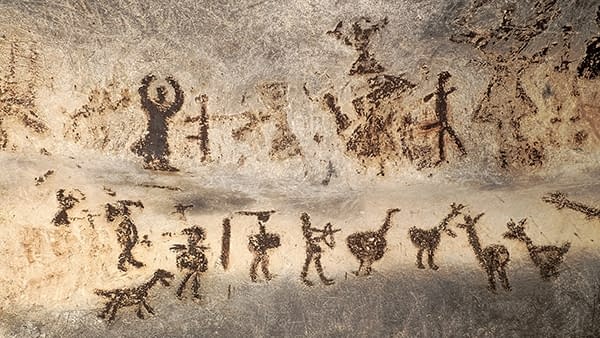 In its earliest forms, dance was often a celebration or ceremony. For example, hunters would dance both before and after a hunt. First to appease the gods for the animals they would be killing, and later to celebrate their success.

The motions used in their dances were basic, everyday movements, which were simple enough that everyone could join in. Men at the time also used dance as a way to prepare for battle. They would perform war dances to build teamwork and work themselves up for battles.

Fun Fact: Dancers would put high jumps in agricultural dances. They believed that the higher they jumped, the higher their crops would grow!

In early dance history, dance was mostly a form of social interaction for prehistoric people. This can be seen by looking at rock art from the time, which often depicted figures dancing. It is really the only source available to piece together what dance looked like in that era. 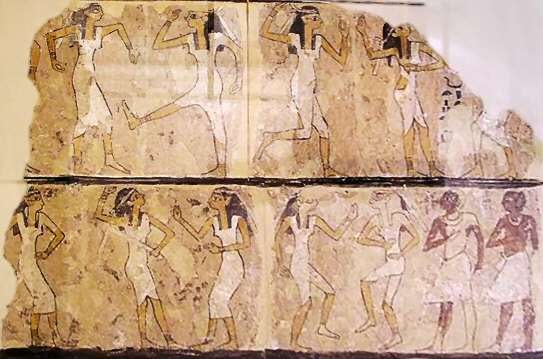 Dance party in ancient Egypt (Tomb of the Dancers) 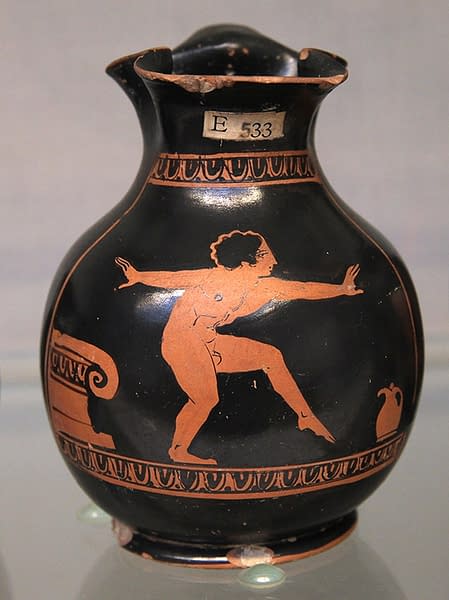 Fun Fact: In Ancient Greece, if a person could dance they were considered educated! They also believed that a man’s prowess in battle was determined by his grace in dance.

Dance in Ancient Greece gave us terms we still use today. For example the word choreography comes from the Greek words choros (dance) and graphos (writing).

Early dance history had dancewear that was notably different than today. In general, the dancers did not require dance footwear because they danced barefoot. Dancers often wore adornments like jewelry, tattoos, or masks. Some of these adornments we occasionally see on dancers today, but it has become less common.

Despite the many differences, early dance provided the foundations for current dance and the joyful, social aspects of it still remain strong in today’s dancers.